Here at LifeBoost not only are we using Platelet Rich Plasma (PRP) injections in our aesthetics, hair restoration, and sexual heath applications, we are also one of the only medical practices in South Florida using the regenerative power of PRP for pain management and orthopedic treatments.

This coupled with Dr. Stratt’s vast knowledge of the human anatomy due to his 40+ years working as an Interventional Radiologist makes LifeBoost a unique practice where all applications of the healing power of PRP Injections can be used. 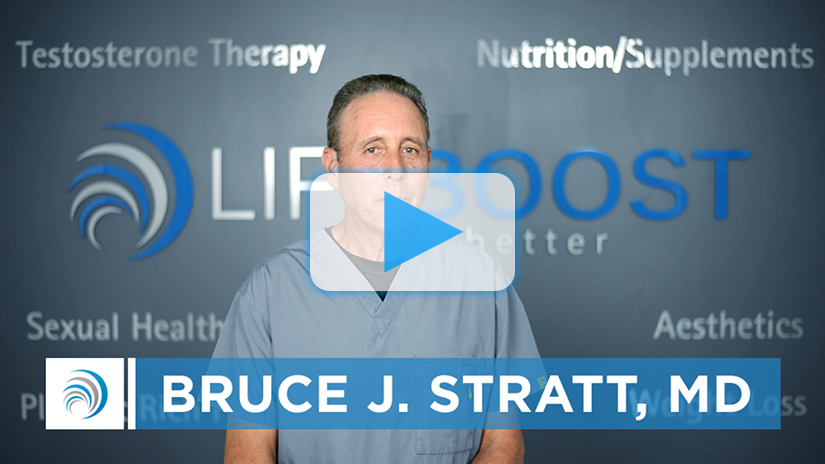 What is PRP and How Does it Work?

Platelets are a natural component of your blood, and in orthopedic PRP therapy each patient’s blood will be collected and then spun in a centrifuge to separate out the blood cells and the platelets into separate layers. The platelet-rich infusion can then be administered where it is needed most.

The body depends on platelets for healing. When you receive a nick or cut, the body rushes platelets to the site of the injury, stopping the bleeding and helping to immediately reduce inflammation. Platelets contain signaling compounds called Cytokines or Growth Factors, and it is these signals which direct the body in how to heal the injury or inflammation. Simultaneously, cytokines signal stem cells to the area to also help repair and stimulate healing at the site of injury or damage.

Orthopedic PRP injections are particularly effective in treating pain management, and has been used by doctors to treat sports medicine injuries, people suffering from chronic pain, and after surgery to help speed up and improve the body’s ability to heal.

Platelet Rich Plasma Therapy is a safe, FDA-approved procedure that has been used on thousands of patients in the United States.

When your body gets injured, the first natural response is called inflammation, or the swelling of the affected tissues in order to stop bleeding. Many people suffering from chronic or intense pain are directed by their doctors to take a class of medications called NSAIDs, which include Motrin, Naprosyn, and many others. These drugs reduce the inflammation in the body, which temporarily reduces pain, but stunts the body’s ability to process the injury or damage and heal.

The reason why PRP injections are such a breakthrough treatment in pain management is that it does not impede the inflammation process, but instead adds extra platelets to the affected area in order to speed up healing, which results in the elimination or reduction of pain. Although Platelet Rich Plasma Therapy was originally designed for use in risky open-heart surgeries, medical professionals have discovered that the PRP injection procedure is tremendously beneficial in pain management because of its ability to speed up the natural healing process.

People suffering from chronic pain, particularly as a result of an injury, often find that their bodies are unable to summon the necessary resources to properly heal the damage, and so lingering pain is the result. By using platelet rich plasma injections, your body will get a boost of extra healing platelets, thus kick-starting your body’s healing process and allow the lingering injury to finally heal.

Because each patient’s own blood is used for the PRP Injections, there is no risk of infection or rejection, and a very reduced risk of an allergic reaction.

Professional athletes are prone to non-healing injuries, particularly torn tendons, injured muscles, and inflamed ligaments, precisely because they continue to play on even despite the increasing pain. Doctors working in the sports medicine field became excited when PRP injection therapy was developed, realizing that an injection of healing platelets in the affected area would help jump-start healing, quickly allowing the athlete to return to top form.

In 2009, world champion golfer Tiger Woods confessed to the media that he had undergone Platelet Rich Plasma Therapy in order to treat a persistent knee injury. Other professional athletes, such as Olympic gold medalist and sprinter Donovan Bailey, tennis star Rafael Nadal, basketball stars Koby Bryant and Andrew Bynum, Major League Baseball’s Takashi Saito, and NFL players Hines Ward and Troy Polamalu are amongst the hundreds of athletes to use PRP and publicly disclose that they’ve benefited from PRP treatments.

What Can Orthopedic PRP Injections Treat?

Precisely because Orthopedic PRP Injections adds healing platelets directly to the affected area, it is particularly effective in treating illnesses of chronically inflamed tissues, including:

Platelet Rich Plasma is also used as part of:

First, your blood will be collected and then spun in a centrifuge to separate the healing platelets from the red and white blood cells. Once the platelets have been separated, they will be injected at the site of damage or injury, boosting the available platelet levels up to five-fold.

Many patients experience significant pain relief and reduction of inflammation after a single PRP Injection treatment. Other patients will require one or two additional Orthopedic PRP treatments for a recommended maximum of three in a six-month period.

There is a small amount of discomfort when your blood is collected and when the PRP is injected, but otherwise most patients do not experience any side effects such as an allergic reaction, or increased pain, tenderness, or swelling.

Not only do patients usually experience a significant reduction in inflammation within the few weeks, but the Platelet Rich Plasma injections work to boost the body’s natural immune system, leading to long-lasting results. Many of our patients have avoided risky surgery thanks to the PRP Injections that were able to repair damaged tissue before the problem could get worse and make their condition irreversible.

If you’re ready to experience the wonders that a calibrated Orthopedic Platelet Rich Plasma therapy treatment can offer, please call us today at (561) 922-9967 to find out if you’re eligible to be a candidate for this amazing medical treatment. Instead of continuing to suffer from chronic pain and inflamed joints, ligaments, and lingering injuries, Orthopedic Platelet Rich Plasma Therapy PRP Injections can offer lasting relief.